Who is Yvette Horizon?
Yvette Horizon is the dread captain of the Discordia, and most notorious pirate in the galaxy.

Is this a movie?
Yvette Horizon is an independent short film by Spite Your Face Productions, set in a distant galaxy, and produced on a close-to-zero budget yet with movie scale ambition and imagination. A punk/pulp action adventure replete with aliens, pirates, cyborgs, and space battles, all in a breathless 7-10 (approx) minute run time. The passion project of a team of professional film makers, dedicating their free time to taking you on a journey to another world

What is the story about?
Not telling. Our production development is an open book, but we are holding back all story details at this time. At 10 minutes (approx) we only have so much story to share. We don’t think the fash’ kids will like it though.

Where can I watch Yvette Horizon?
Principal photography wrapped in 2014 and we are presently (still) in post-production. Production falls in our ‘spare’ time between paying work, so we can’t commit to a due date yet. This site and its associated social platforms are a resource for production updates as they happen, as well as a gallery and catalogue of work to date, so please like and subscribe.

Who are you again?
Spite Your Face Productions are an animation studio and content provider service based in London. Previous clients include SONY, Lucasfilm, Marvel, Kellog, that sort of nonsense. We were sort of the pioneers of the whole ‘LEGO animation’ thing that is everywhere now, and can only apologise.

So is Yvette Horizon an animated film?
Though Spite Your Face are primarily an animation studio, Yvette Horizon is a live-action short (you know, with human actors n’ that) though being set in another galaxy, our production is digital VFX heavy. Not to rely on green screen though, our unique approach to VFX is very practical, featuring life-sized puppetry and redressed international locations.

Isn’t Spite Your Face a stupid name?
Yes it is, and we’re stuck with it. But then principled self-immolation is something of both a raison d’être and Achilles heal for us. For instance, making a space-pirate movie with no funding.

Why haven’t you sought conventional funding?
Because we are making an unconventional film. This is the most ambitious film we knew we could make. It envisions a rich original world that would have been difficult to illustrate without precedent. Plus we wanted to retain all creative rights at this stage.

Is this film anything to do with that movie Event Horizon?
No. We don’t even like that movie, we think that’s when it all started going wrong. Yvette Horizon is not a spoof or pastiche of existing properties. It’s an original stellar adventure with a punk disposition. The title is just a silly pun, though we do like this pseudoscience quote from an Alan Moore interview:
“…the mathematical equation for the beginnings of the universe is apparently exactly the same as the equation describing the event horizon of a black hole, except backwards”.
Take any current space franchise and add the qualifier “except backwards’ and you have Yvette Horizon.

It sounds French. Is it French?
Having been shot between 2011 and 2014, the film now represents a pre-Brexit memento of pan-European sensibilities. A conscious blending of the punk sensibilites seen in 2000AD and other British sci-fi, with the wild imagination of Métal Hurlant and L’Incal. Our core cast are French, British, and Austrian, with our extended crew from all across the world.

Who is the director?
Yvette Horizon is written, produced and directed by Tony Mines, who has previously directed a number of tv commercials and shorts for folks like LEGO, Kellogs, BBC, Barclays, Lucasfilm, Sony. Explore our studio site for more of his work.

What is a space pirate?
Like a regular pirate, but in space. 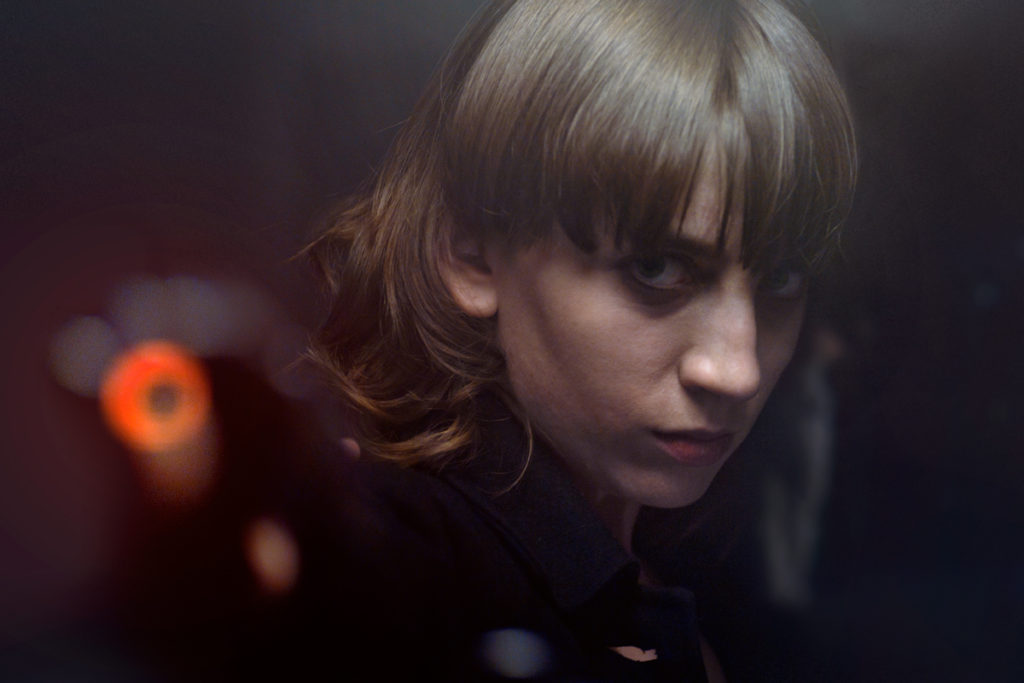